I would like to introduce myself, my name is Aaron Warsaw, I’m the son of the late Arthur J. Warsaw. My father was the original founder of A&W Tractor Products, and later AW Dynamometer. In 1957, my father invented, designed, and patented (#3068689) a friction prony brake for use as a dynamometer. It was his design that was used by A&W Tractor Products from the beginning. My 50 years of experience involves many different types of dynamometers, and still continues today. This article is presented to you as an extension of my life, and the history of pto dynamometers.

Let’s begin, how did this pto dynamometer thing get started. Well, going back a few years in history, things actually started around 1945, this is when the Taylor Dynamometer Co. began to manufacture a pto dynamometer for the agricultural tractors. Taylor’s design was based on using a water (hydro-kinetic) brake for the load absorption unit, the braking part that creates the torque load. Credit must be given to Taylor, their product was a true dynamometer, it did measure torque.

One major draw back of the water brakes, it required a gear box to increase brake speed to achieve low rpm, high torque loading. Water brakes are totally dependent on water pressure and water volume for torque loading. This severely limits the brakes torque capacity during dynamic operation at low operating speeds.

Taylor’s HI-EFF ag pto dynamometer issues were compounded through the total dependence of water and water pressure for the loading medium. The major problem was easy to recognize, while under a torque load, one would just have to turn on a water faucet or flush a toilet and the torque load on the dynamometer would fluctuate up and down.

During early agricultural days 540 rpm was not only a tractor manufacturers rated pto speed, but was also used as the standard speed for implement manufacturers. As tractors increased in horsepower during the mid 1960’s the pto speed was increased to 1000 rpm, which is now standard. As time passed, higher horsepower tractors began to have dual shafts with the capability of operating at either speed. Taylor’s early entry into the ag market started by producing the Case PowrTest portable ag dynamometer this was an exclusive with J.I. Case. 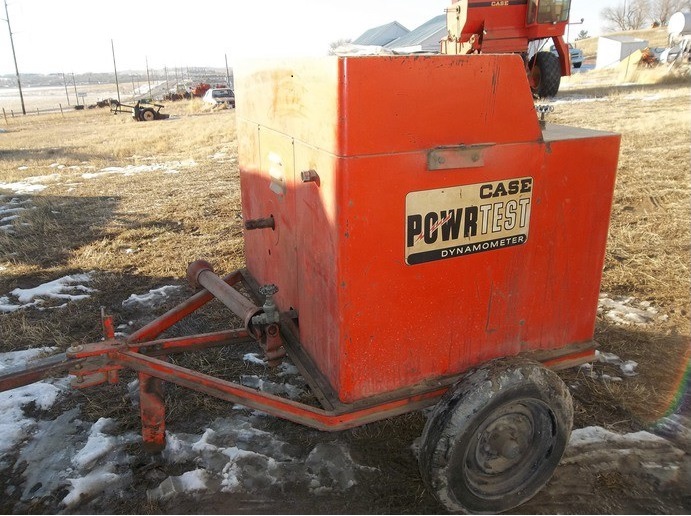 Later Taylor produced the HI-EFF dynamometer as an exclusive with John Deere. John Deere recognized the seriousness of the design’s water problem with the HI-EFF. John Deere made a request for Taylor to put a water tank and a water pump on the unit. Taylor refused Deere’s request, and that’s the end of that story. 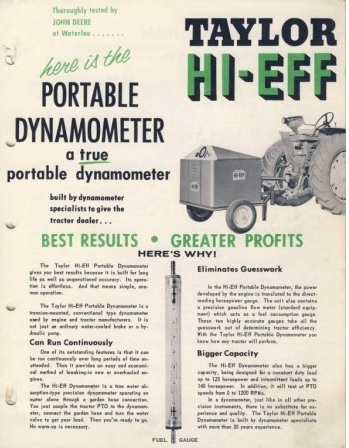 It should be noted that water cooing issues are still problematic today. The average USA tractor dealership only has 6-10 gallons of water per minute from which is available for dynamometer cooling.

M&W Gear Company started around 1946. The “W” in M&W was my father as he was one of the original founders. He was the creator and designer of a patented transmission gear package used to convert the Farmall M tractor’s standard 5-speed transmission to a 9-speed transmission. The Farmall M series tractor was the highest volume USA tractor ever built, estimates of over 300,000 were produced by the International Harvestor Company.

After my dad started the M&W Gear Co., out of an old school house located in Anchor, IL, he left M&W in 1954. Let’s make one thing clear, during his tenure at M&W he was not involved with the designing of the M&W pto dynamometer. Around the 1954-56 era, M&W began building a dynamometer, primarily to complement their new sleeve and piston business. Their dynamometer was used as a sales tool to display any increase in horsepower to customers using their products.

The M&W was a simple design, using a single Hydreco hydraulic pump, a gear box, and a hydraulic pressure gauge for a readout. A 26 gallon reservoir of hydraulic oil was cooled by circulating tap water through a cooler. Though simple, the unit was primarily a loading device with a comparative readout, it was not a true dynamometer as it did not measure torque. 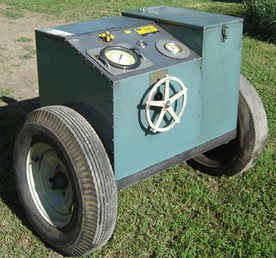 Just a small injection into the equation, many years ago I can remember my father explaining to me that the M&W wasn’t a true dynamometer, but just a loading device with a comparative readout. Dad opened up his 1936 Machinery’s Handbook and stuck my nose on page 715, at the top of the page was the title “Dynamometer”, with a short explanation – torque is created by a lever, and in reverse, torque is measured by a lever, a true dynamometer measures torque.

Up until 1958 M&W was the only company building pto dynamometers. It was around 1958 when my father entered the agricultural dynamometer market with a torque measuring prony brake design, patent #3068689. His first order was for 600 model Sandbase dynamometers, all of which were sold to International Harvester dealers across the USA. These units were rated at 125 horsepower and sold for $600.00. Production of these dynamometers started in the garage behind our home in Colfax, IL. In 1962 the plant was moved to 131 East Main St in Colfax, IL. 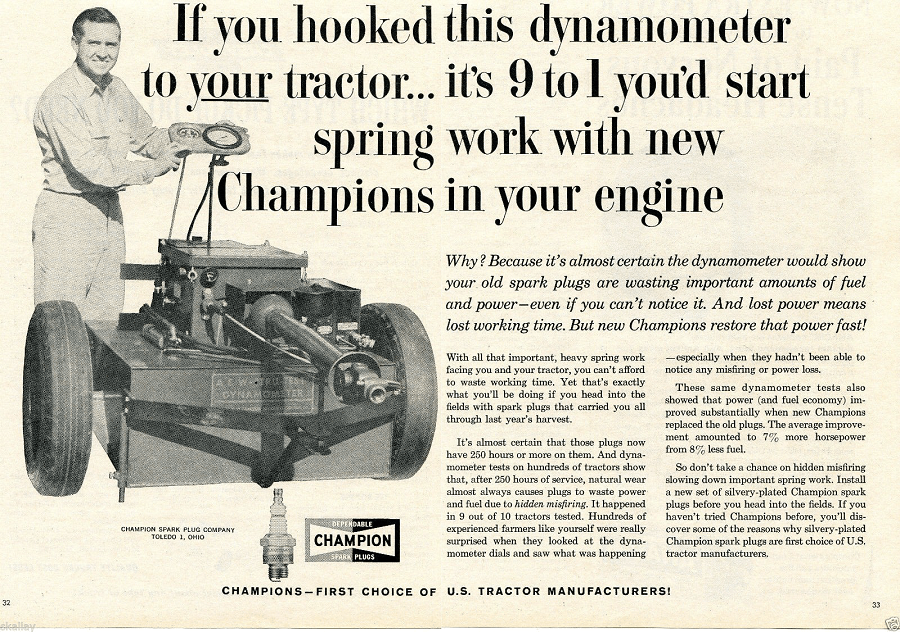