The Neb600 met the markets needs and became the #1 unit of choice for many years. During my tenure I saw the production of more than 800 of the Neb600 dynamometers. 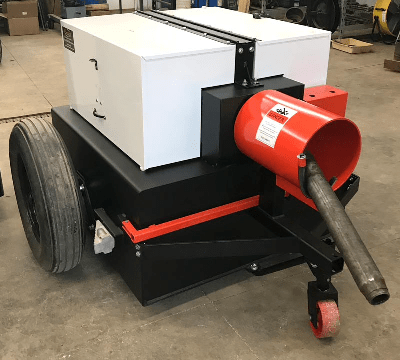 It was around 1983 that I created three new ag Models, the Neb2-300, Neb4-600, and the Neb6-900, later we called them the Neb230, Neb460, and Neb690. These models recieved a silicon fluid which was used as a brake lubrication. My father’s last patent #4483204 was based on the distribution and flow of lubrication to the friction material. I was fortunate to have performed the research and development work of which became the basis for his patent.

I’ll finish by informing you, it was the company I owned (Colfax Manufacturing Company) which produced and manufactured every AW ag dynamometer ever sold, at least up until the sale of the business in 2002. By growing up around manufacturing, some 40+ years ago, it was around 1973-74 that I became personally and totally responsible for the production of up to 550 dynamometers per year. Through the next 5-6 year period we produced over 2700 dynamometers, many years averaging over 500 machines per year. Through my tenure with Colfax Mfg. Co and Aw Dynamometer I saw an accumulation of some 5600+ dynamometers produced and resold to AW Dynamometer for their resale.

It was upon my father’s retirement around 1981, and up to his passing in 2002 that I was in charge of managing both AW Dynamometer and Colfax Mfg Co. After the 2002 sale of both, my company and AW Dynamometer, I did remain on through a required transition period.

One thing I can tell you, once you have spent years around manufacturing, dynamometers, and power testing, it will stay in your mind and blood forever. This said, by always having that one little extra thought in the back of my mind, could there be something new or an innovative prony brake that could be designed to replace my father’s 1957 design of a prony brake???

So, how did this new design come about? Well, my idea for a new design started more than 10+ years ago. I remember it was one of those sub-zero nights in Illinois. The thought hit me and I began to put the gears in motion. I started scratching out some new ideas using an old piece of cardboard. My goal was to create something totally new, a prony brake design which could be used as the power absorption unit in a dynamometer. I didn’t spend much time on this, maybe a couple days, other things got in the way so I put it away.

I can attest to the fact, when designing on paper, new ideas don’t always look very pretty, at first. Some ideas will not work the first time. While designing a new product, it must be said, that it is a work in progress event. By using my past experiences, along with my vast knowledge acquired by being a manufacturer of prony brakes, during my designing process I addressed many of the known weaknesses and issues that were in my father’s 1957 prony brake design concept. At this point, I retired the idea after becoming involved with other things, but what I had come up with showed good promise as a new prony brake design.

Well again, several years went by without any project activity on the design, until late March of 2012 when several individuals contacted me about the possibility of producing a new design of mechanical brake, which could be used for a dynamometer. It was at this point in time I had no more than an idea for the concept, nothing had yet been finalized on the design. Things became serious around May of 2012, this was when I was presented with the challenge of completing a new prony brake design. During the next 9 months I had completed many studies, and calculations, and drafted many other required items used for referencing this new design. This process continued until my studies turned into drafted prints, drafted prints turned into component prints, component prints were then reassembled into a final composite of the new prony brake. At this point with everything ready for machining and assembly, this idea was ready for the making of a prototype of the new simplified single rotor tube prony brake. 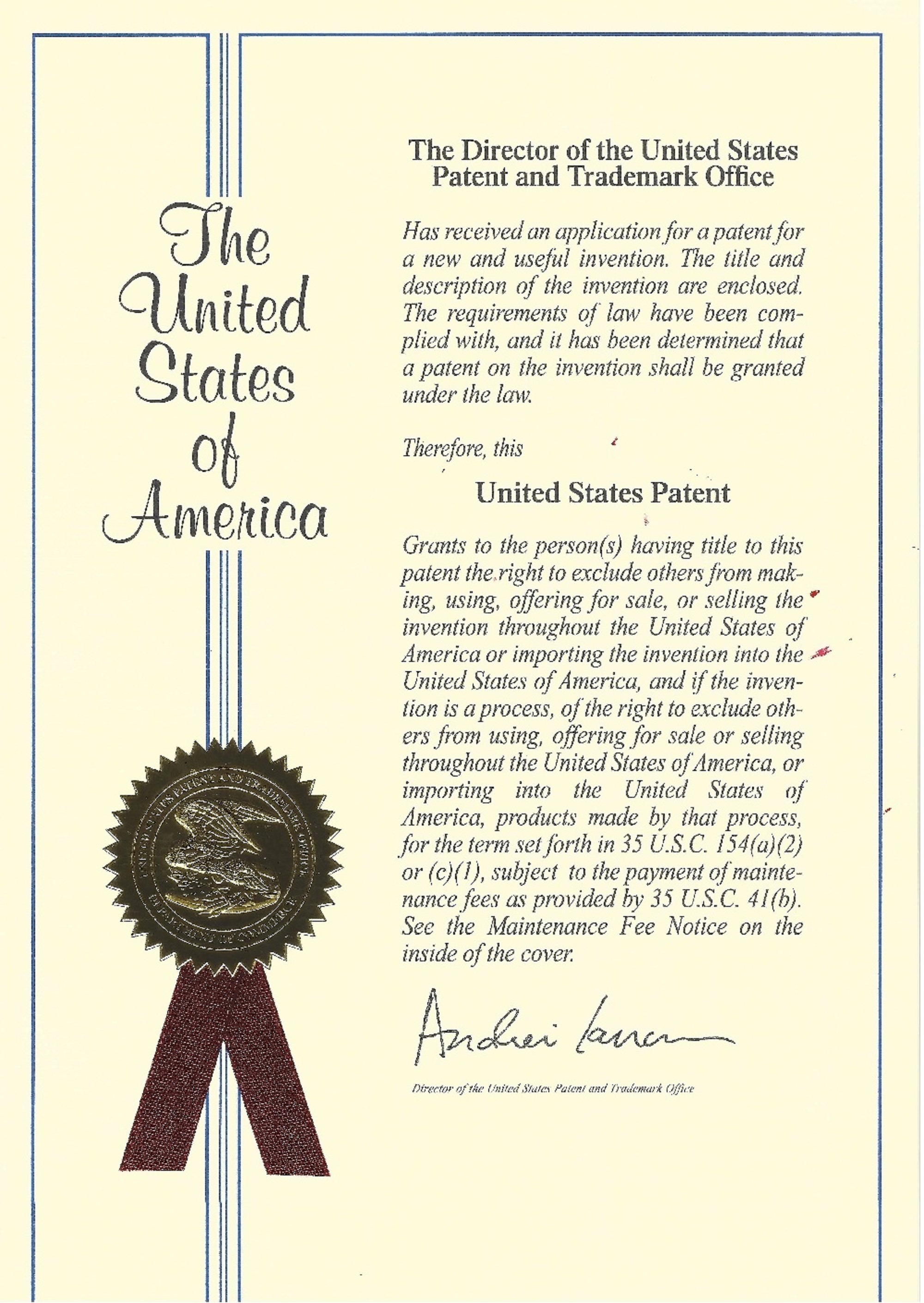 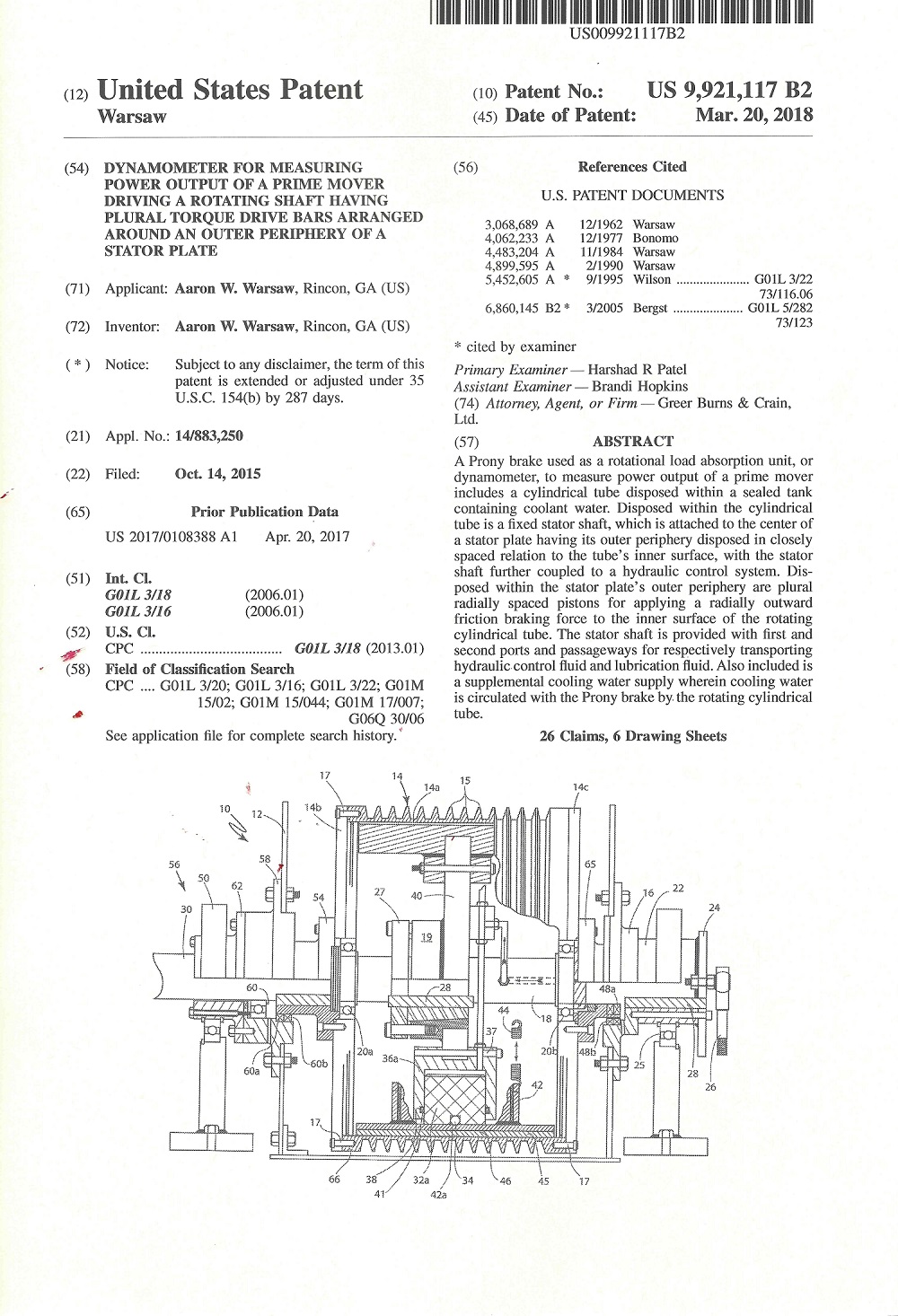 Observe under the US Patent Documents, these were patents which I referenced to the patent examiner to be used in my application. Notice that I used three of my father’s past patents as reference. These were used as a source of information required for the examination, to ensure that my design was not just a copy, with warmed over improvements, or a design with some dimensional changes, but a completely new design with function and process.

#1. Major increase in the physicals of mechanical components.

#2. Non-invasive service procedure of the brake.

#7. Single chambered rotor tube – provides accurate reference values for the Coefficient of Friction, which is required for diagnostic and evaluation of the brakes performance.

#9. Brake maintenance fluid samples can be taken at anytime and/or observed externally on a non-invasive basis.

There are many more features built in to this new prony brake pto dynamometer, this is just a small portion of what was required of the design. As you will remember, it had to be a completely new mouse trap, not just an improvement. I know my father would have been proud of my accomplishments.

This article was written by and is the property of Aaron Warsaw. This article is not to be reproduced without written consent from the author.