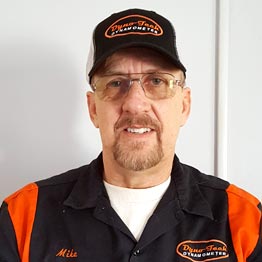 A lot of you may already know Mike Grems, he is the owner of Dyno Tech Services, Mike has been in ag dynamometer sales, service and repairs for the past 26+ years. Most of those years were spent as a sales rep for AW Dynamometer. Mike’s father, Merv Grems, also represented AW Dynamometer as a sales rep starting in 1980 at which time he formed the service company known as Dyno Tech Services. This company is, and always has been a separate, independent business NOT owned, operated, or managed by AW Dynamometer in any way.

When Mike parted company with the new owners of AW Dynamometer in 2012, he continued to offer service, parts, and repairs while working closely with Aaron Warsaw (previous manager of AW Dynamometer) on a newly designed, now Patent Pending, dynamometer that has 21st century technology to replace the outdated 1957 design currently being used in today’s market. In Mike’s years as an AW Dynamometer rep he heard many dealership personnel complain of the lack of competition. When M&W went out, one company had a monopoly on the ag dynamometer market…….UNTIL NOW!

We are very excited about our new models, DT843 and DT526. Currently we have many units in operation from coast to coast and beyond. The feed back we have received from owners of the DT843 and DT526 have been phenomenal! Take your time, look over our website, contact us when you have further questions, even if you currently are not in the market for a new unit. We would love to give you any information you are needing, we enjoy talking about the new 21st century choices you now have.

Also, keep in mind, we are still very active in service, parts, and repairs on the ag dynamometers out in the field, also…..Dyno Tech uses OEM equivalent parts and oil as we have for the past 35+ years.